The series is finally coming to an end… our final decade is going to be about the 1990’s! Yup, the decade where people rocked flannels, overalls, Birkenstocks and many more iconic trends that have made a comeback!

While the 80’s were all about volume aka the padded shoulders, puffed jackets and big hair, style in the 90’s was low maintenance. Fashion in the 90’s was not as loud as the 80’s and the style was generally lose fitting and somewhat colourful.

The 90’s were a great era for pop culture and music, in early 90’s fashions worn by hip-hop artists were becoming increasingly mainstream; hip-hop style was most popular among young people.

Scroll down below to see the most iconic fashion trends of the 90’s.

Long before skinny jeans were everyone’s go-to denim style, wide-leg and baggy jeans were everything. The 90’s was all about the oversized and loose look. The baggy pants trend was due to the rise in hip-hop music culture popularity. 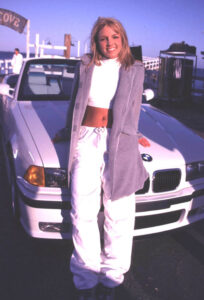 Crop-tops were an essential fashion item in everyone’s wardrobe especially the youth; paired with baggy jeans and chunky sneakers. 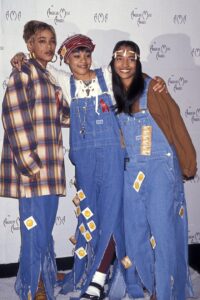 If you were born in the 90’s or lived through the 90’s, chances are that you wore overalls, they were an essential fashion item for the decade and worn by both men and women. 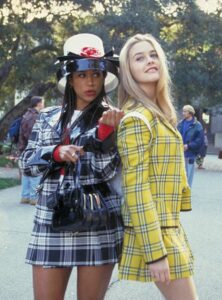 Plaid flannel shirts were a big hit as well during the 90’s worn by both genders, they became a big thing thanks to the grunge rock music movement in mid-90’s. 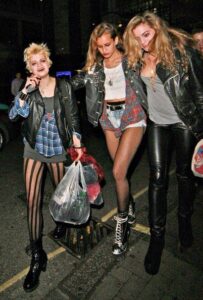 One of the most favored look of the decade, grunge added an edge to fashion. From ripped baggy jeans, to plaid shirts, layered dresses and many more. 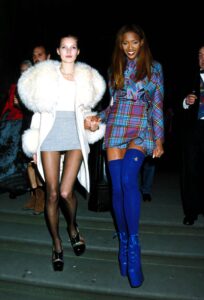 Just like the 80’s, celebrities were the style icons in the 90’s as well. Outfits were copied and styles were recreated, everyone wanted to look like their favorite celebrity. 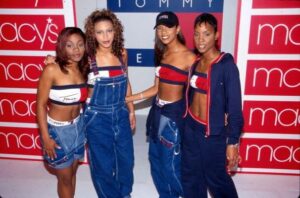 If you weren’t a grunge fan then most probably you were into hip-hop. Hip-hop fashion was basically all about loose silhouettes, casual looks and sport chic.

When it came to accessories in the ’90s, chokers were “it”; they added an edge to whatever outfit you were wearing. They mostly came in stretchy plastics or a fabric with charms and jewels added to them. 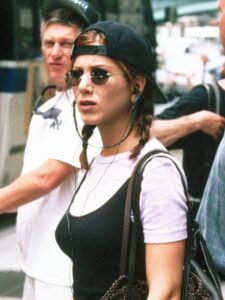 The baseball cap trend originated in the 90’s, people incorporated baseball caps into any kind of outfit. 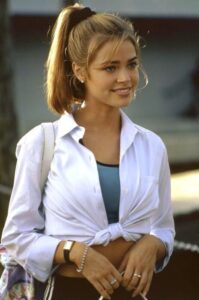 Scrunches was the 90’s go-to hair accessory, they were a favorable fashion item of the decade and completed many outfits. They were available in a range of options from satin to velvet or silk and worn with a ponytail, pigtails or a simple bun. 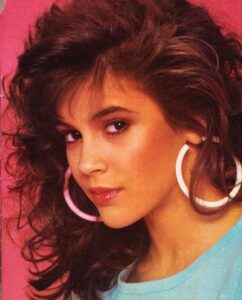 Other then chokers, hoop earrings were also a major hit during the decade. Women everywhere wore them, and always the bigger was the better!

Now that our series has come to an end, what would you say was your favorite decade in terms of fashion?