Fashion Throughout the Years – 1970’s

Rolling along the decades, today’s fashion era is the 1970’s. Don’t know about you, but I am a huge fan of 70’s fashion; this era created trends that still stand till this day, 70’s fashion embodied one of the most stylish decade of all time. The 1970’s developed women’s fashion, by embedding individualism; were clothes became a symbol of independence and freethinking.

The 70’s were all about the ideas of ’anything goes’ and ‘individual expression’. From the beginning of late 60’s up-to the 70’s, clothes were more about self-expression rather then fitting in. Many people during this decade dressed in ways to please themselves rather than others; individualism and self-expression were very crucial during the 1970s.

From bell-bottom pants to bell sleeves, mini skirts and shearling coats, the 70’s birthed a mix of styles that we still see people rocking today. Some of these trends included: 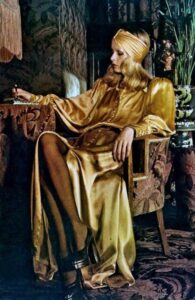 A style that was first introduced by the one and only Jackie O in mid-70, perfect for all the minimalists out there. This trend has defiantly made a comeback this year. 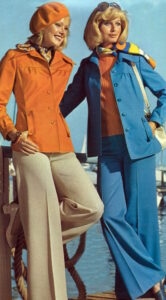 They were very popular in the 70’s, seen on almost everyone. 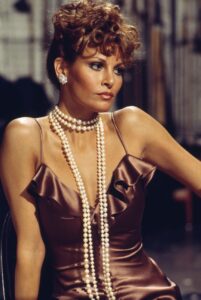 A classic that makes a comeback every decade, in the ’70s, it was all about wearing long strings with shiny satin dresses for the evening. 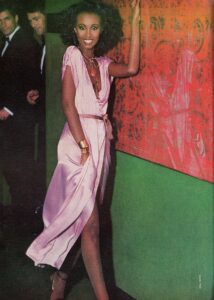 A 70’s classic, satin slip dresses made an appearance during the 70’s and stayed this way since then. 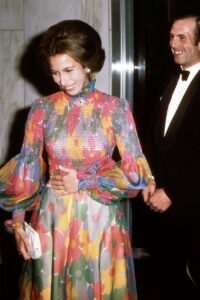 An absolute favorite of mine, from the jumbo floral print to the balloon sleeves and shirred bodice, everything about this is just perfection. 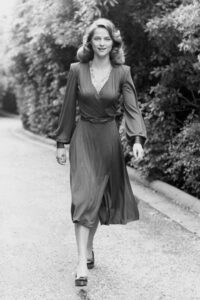 Wrap dresses will forever remain a true staple in any women’s wardrobe. Women in the 70’s wore them to run errands or to work. 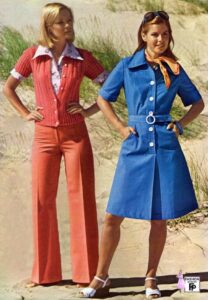 I am a huge fan of denim and the 70’s were the eras were denim took the fashion industry with a boom.  Women styled their denim dress with platforms shoes. 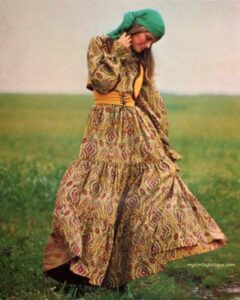 Just like the 60’s, the boho/hippie style was still very big back then. 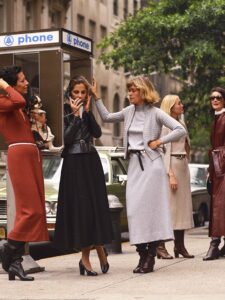 Monochrome was big back then like it is now, it was perfect for the warmer weather, and women would wear this going to work or to run errands. 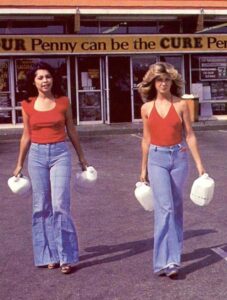 Bellbottoms were like the clothing mullet before the mullet was really a thing; these pants were a staple during the 70’s.

In addition to bellbottoms, denim took over the fashion industry with a storm. Mostly worn by youth. 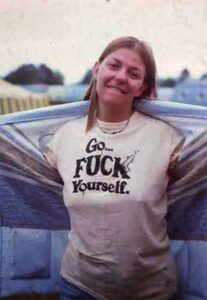 A massive trend back then, mostly worn by rebellious youth as means of self-expression.

A very popular trend during the 70’s from pants to jackets to hats and more. 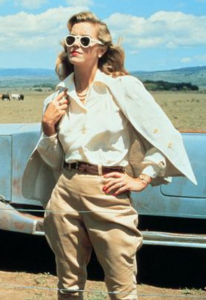 There was a strong military/safari trend that swept the decade, people gravitated towards khaki and olive green everything back then. 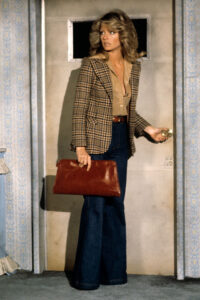 Pantsuit continued since the 60’s, it even became more popular during the 70’s as women felt more liberated.

In the 70’s, tie-dye was all the rage especially amongst the hippies!

Celebrates were seen rocking pjs outdoors and so the trend began and hasn’t dated from when it first came out back in 1974. 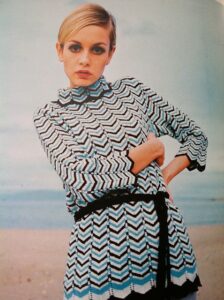 Patterns come and go, but some will always stay, chevron made itself known as the next big pattern in the 70’s 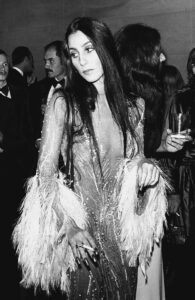 Feathers was a BIG thing in the 70’s, was mostly seen on celebrates and rich people in parties. 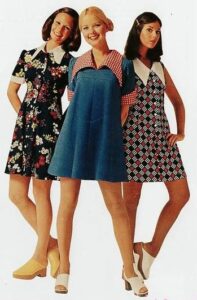 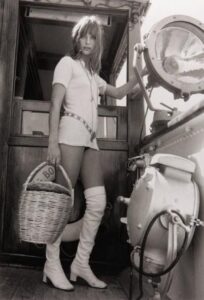 Such a 70’s classic, mostly white mid-heel style that was loved by women of all ages. 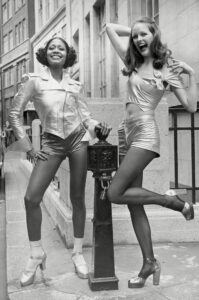 The 70’s can be instantly recognizable from one item: platform shoes. Whether glam-rock in metallic leathers and or in simpler sandal form, this stacked footwear dominated the decade. Platforms hit the masses in the 70s and women of all ages wanted a pair. 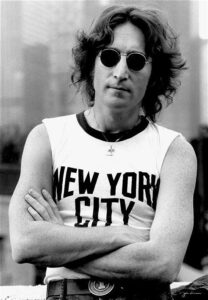 Got the hype in the 70’s, circular sunglasses gave wearers an added sense of style meets sophistication.

Thats pretty much it for the 70’s, leave a comment down below sharing your favourite 70’s trend?!