Fashion Throughout the Years- 1960’s

I am back again with another history lesson… JK! In todays post we will be highlighting the fashion era that broke many fashion traditions/rules; which is the 60’s.

There is no denying that the 60’s were one of the most influential eras in fashion. The 1960’s marked an era of a number of diverse trends. It was a decade that broke many fashion rules. The 60’s was characterized as an era of social movements and fashion innovations. These fashion trends reflected the change in society and the structure of classes. Topping off the unique fashion trends, women wore incredible hairstyles that defined the decade that made it into hit films.

The swinging sixties were a time where self-expression was encouraged, 60s fashion was just revolutionary. Women clothing swung wildly from one end to another, from the mod-inspired styles to mini skirts; the 1960s was known for breaking all kinds of fashion traditions and norms.

Some of these trends included: 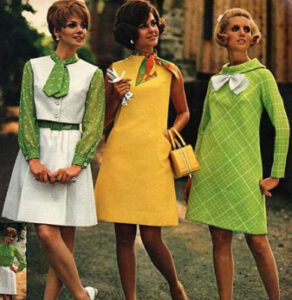 The mod subculture first started in London during the late 50’s, it was the signature style of the era to the point where it has continued to influence today’s fashion. It was favorable amongst the youth; mod fashion was all about being bold and creative including bold colors and raised hemlines. 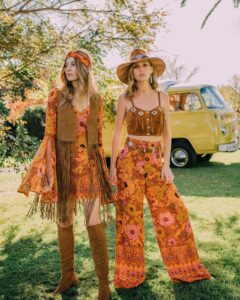 The hippie counterculture started in the late 60s, they were known to be rebellious and to celebrate freedom, nature and peace. Both men and women wore bell-bottom jeans, fringe, peasant blouses and floral prints and grew their hair long and wild. 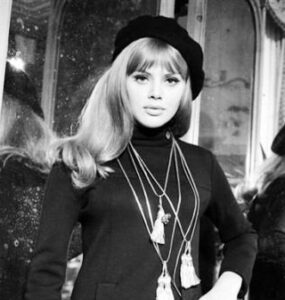 This trend started off during the 1950s and lasted till mid-1960s; it was worn by the youth who were interested in poetry, music and arts. The trend consisted of black or stripped turtlenecks, pants and berets. 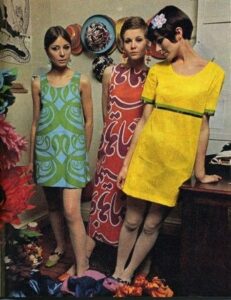 Shift dresses were a signature 60s style; these shapeless dresses were the perfect alternative to the restrictive styles of previous years. 1960s dresses became shorter and shorter portraying a change in time and how confident a woman was to show her legs. Shift dresses came in bold colors or block designs. 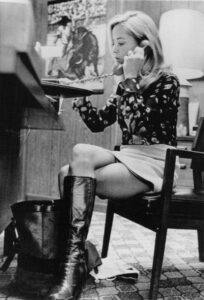 The shock of the century when women started showing more skin, the miniskirt changed women’s fashion forever. In addition, miniskirts are still very popular till this day; women in the 60s paired them with sandals during the summer time and knee-high boots during winter. 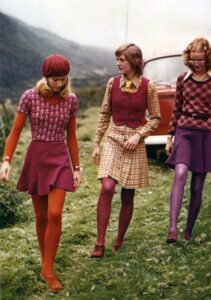 The love of colour didn’t stop at dresses and tops, they incorporated them in tights as well! Coloured tights were a modern alternative to stockings with suspenders worn in previous years.

Bold prints and patterns was an essential trend during the 60s and appeared on almost every garment, they were defiantly loud and turned heads. They ranged from floral, tie-dye, strips and colourful checks or blocks. 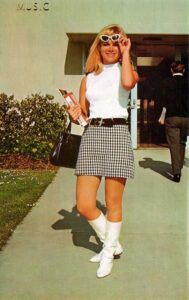 An iconic 60s footwear style, it was first introduced during the mid-60s. When it first came out they were white, low heeled and stopped at mid-calf however over time they started coming out with different colors and designs including knee-high version. 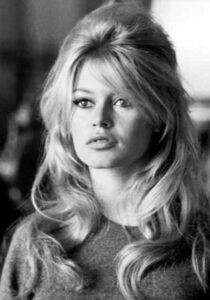 So, what are your thoughts on 1960’s fashion? Which trend was your favourite?